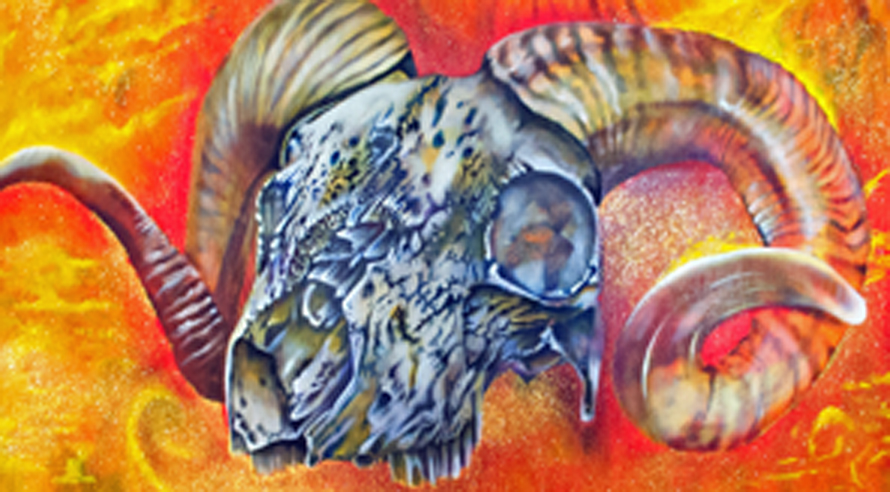 Golden Fleece, Fleece at the End of the World

Inspired by The Argonautica written down by Apollonius Rhodius  Oil and gold glitter on wood panel, 48 inches by 48 inches, 2014.  Panel four of a four panel series.

First exhibited at Paganicon 2014, Minneapolis, Mn., where it was awarded Best In Show.

Symbolic of the Sun re-entering Aries and returning life to the world.

There is another interpretation described by Strabo

“It is said that in their country gold is carried down by the mountain torrents, and that the barbarians obtain it by means of perforated troughs and fleecy skins, and that this is the origin of the myth of the golden fleece”.