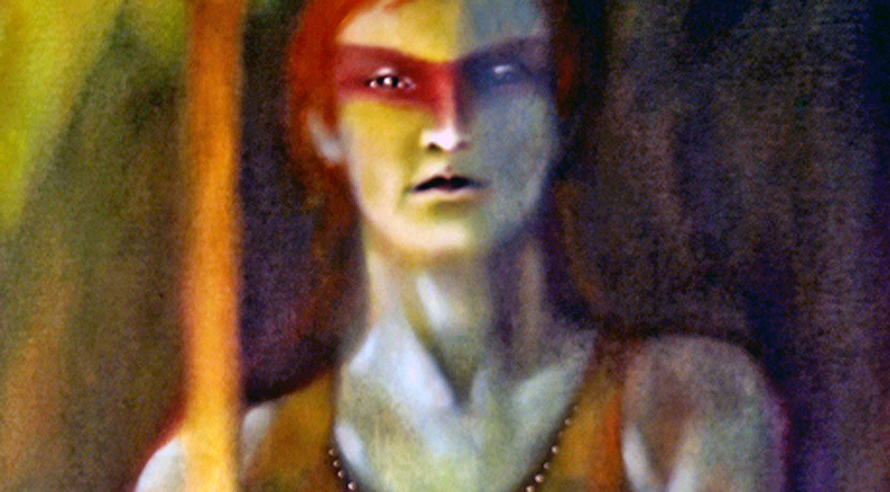 Hecate is the ancient Greek Goddess of magic, witchcraft and the darker side of herb lore.

Hecate’s presence is traditionally announced by the barking of dogs or the howling of wolves, both of which are her totem animals.

As Goddess of the Crossroads, she is the gate between our world and the spirit world.  Traditionally this is where pacts are made by magicians to traffic and have intercourse with alien intelligences.

Because of her association with crossroads and entrances, she has a relationship with Papa Legba of the voudon pantheon whose totem animal is also a dog.  Matre Carrefour, who is master of the crossroads and is the patron of sorcery, is from the same pantheon.

Carrefour might be the origin of the fictional name of Dracula’s English residence, Carfax Abbey, because the name “Carfax” derives from the French word carrefour:” crossroads”.  We also should remember Dracula’s “children of the night were wolves” which provides one more association.

The torch of Hecate is symbolic of the kundalini fire snake that opens the gates of the energy portals within the human body so we might have ingress to communicate with other world energies.  Her mask conceals her true identity, signifying mystery.

How much we have prepared ourselves determines the character of our encounter with her.

She is featured in the Gallery Greek Mythology