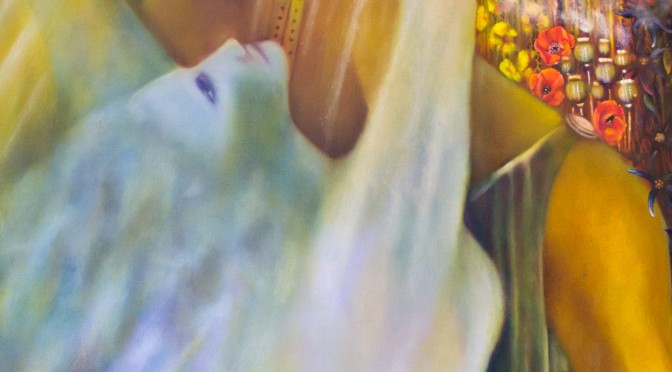 The most famous Greek mythology story in which Orpheus figures is that of his wife Eurydice and her attempted return from the underworld.

While walking in tall grass at her wedding, Eurydice was set upon by a satyr.  In her efforts to escape the satyr, Eurydice fell into a nest of vipers and suffered a fatal bite on her heel. Her body was discovered by Orpheus who, overcome with grief, played such sad and mournful songs that all the nymphs and gods wept.

On their advice, Orpheus travelled to the underworld and by his music softened the hearts of Hades and Persephone , who agreed to allow Eurydice to return with him to earth on one condition: he should walk in front of her and not look back until they both had reached the upper world.

He set off with Eurydice following, and, in his anxiety, as soon as he reached the upper world, he turned to look at her, forgetting that both needed to be in the upper world, and she vanished for the second time, but now forever.