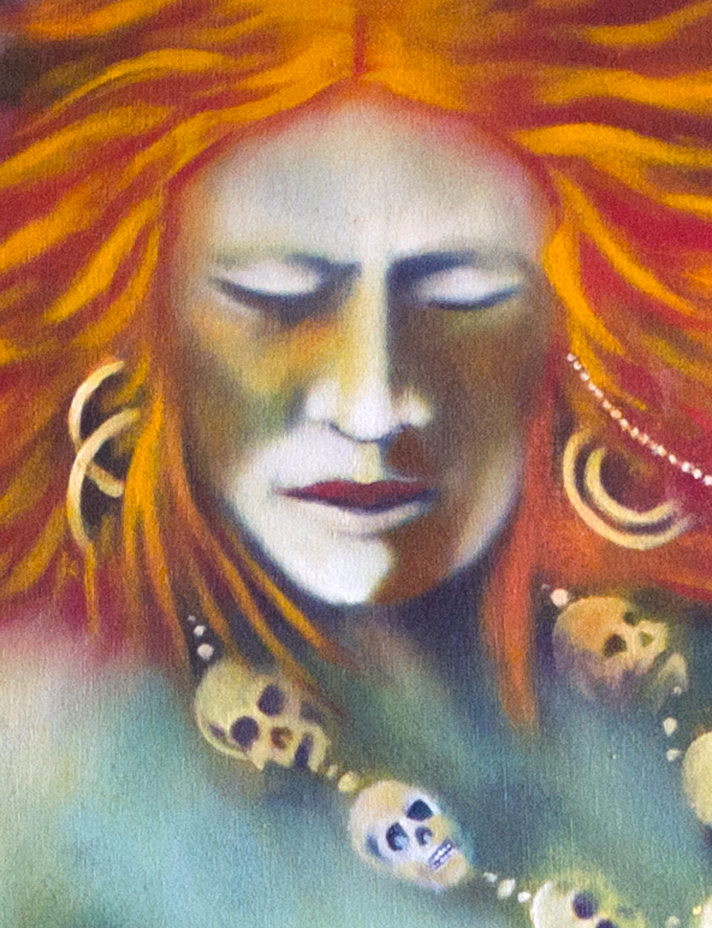 Interview with Roger Williamson prior to the Chimera Opening at SSCA.

Born in Loughborough, UK, in 1947, Roger Williamson has been inspired from an early age by the French Symbolist painters of late nineteenth century France, especially Gustave Moreau, Jean Delville and Fernand Knopff. A surge of interest in mysticism, the occult and magick was expressed by these artists of the Fin de siècle: the works of Jean Delville in particular helped shape Williamson’s own approach to metaphysical figurative work.

These artistic influences, in conjunction with his own esoteric upbringing and practical experiences of magick, mythology and dream control, formed the skein matrix, a collective oeuvre upon which his own paintings are an extension.

Using diverse creative media, whether writing books or painting dreamscapes, Williamson endeavors to develop techniques that materialize the sensuous dreaming experience into the language of the waking world.  He aspires to reintroduce mystery and ambiguity back into the adventure of human existence through his creative work, encouraging his artistic audience towards “living effulgent and invigorating lives, revitalized from the secretions of our subconscious.”

Perhaps his philosophy was born from a visit to the British Museum when Williamson was still in his early teens; his memory of the encounter is this:

There is on display at the British Museum in London a small bronze head, a Roman copy of a Greek original depicting Hypnos, the Greek God of sleep and dreams.  With empty eyes and single outstretched wing, this simple image created over 2000 years ago is as relevant now as then in awakening the imagination whereby dreams become real.

This ancient Hypnos appears in a recent painting,  “Sabbat, or The Dark Interpreter, De Quincey Dreams of Levanah and Our Ladies of Sorrow.” as “the Dark Interpreter”, which was first shown in the exhibit “Modern Pagans/Ancient Realms”, which references both the altered states of consciousness induced for the Witches’ Sabbats of medieval Europe, and the archetypal dreamscape described by the English memoirist and opium addict, William de Quincey.

Roger Williamson is the author of several books including The Sun at Night, Lucifer Diaries, Howling at the Sky and Tarot of the Morning Star.

He was the founder of Magus Books & Herbs in Minneapolis.

He has exhibited extensively in Minneapolis in both solo and group showsWeb site https://rogerwilliamsonart.com