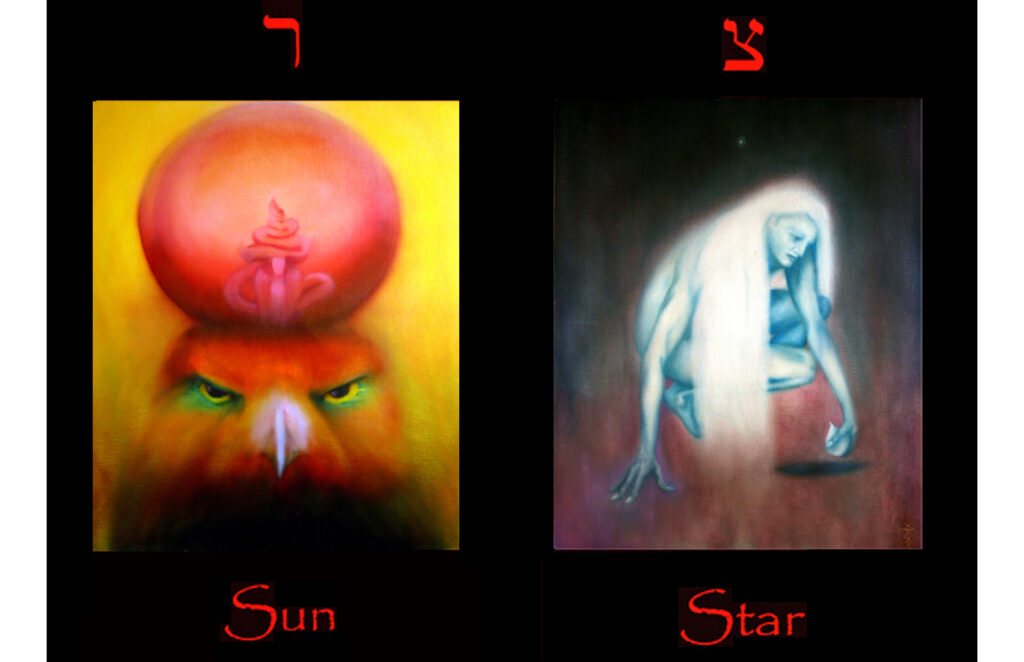 Aquarius Sun corresponding tarot to card Star; meaning and explanation. The female figure at the center of the card symbolically illustrates the subconscious influence at work behind the Key.

Tarot Star depicts a vague celestial body in the night sky. The top of the card is mirrored below by a seed, a seed that is being planted by the female figure, a magical act: or, discovering a seed in our shadow, an act of divination.

The card represents our first sensitivity to an approaching event. This sensation is often referred to as intuitive and has close parallels to hope and faith.

The Star is the focal point of  accumulated subconscious information that becomes what is referred to as an intuitive sensation, a visceral impression of an upcoming event. Some individuals may experience this subconscious phenomena as ghosts;.or, images having a ghost like nature.

We don’t know the origin of intuition because it is derived from what can be myriad sources distilled, gestated and cognized in a womb composed of an individual’s physiological, cardiovascular, skin, and nervous systems, prior to the occurrence of an impetus.

Major Arcana Card Star is the archetypal voice that speaks through the Five, Six and Seven of Air or Swords

Note that cards one through 10 of each of the four suits incorporate binary code figures. binary code being a more universal form of communication.

As unconscious awareness of improvement, the card represents hope and faith as unexpected help. The star can also represent our first acumen of an inner voice, a voice that has always been there but a voice we have failed to discern.

According to bicameral mind theory, this voice was an intrinsic component of ancient human history. See The Origin of Consciousness in the Breakdown of the Bicameral Mind  by Julian Jaynes.

.This is a time to have faith and trust in this voice and have the courage to spontaneously act upon what it says. This is one reason it is imperative you have personal meanings of the cards memorized so you respond spontaneously to their appearance  This is a first step to personal empowerment; it is to trust yourself.

Purchase the Original Painting of Tarot Star from Saatchi Art