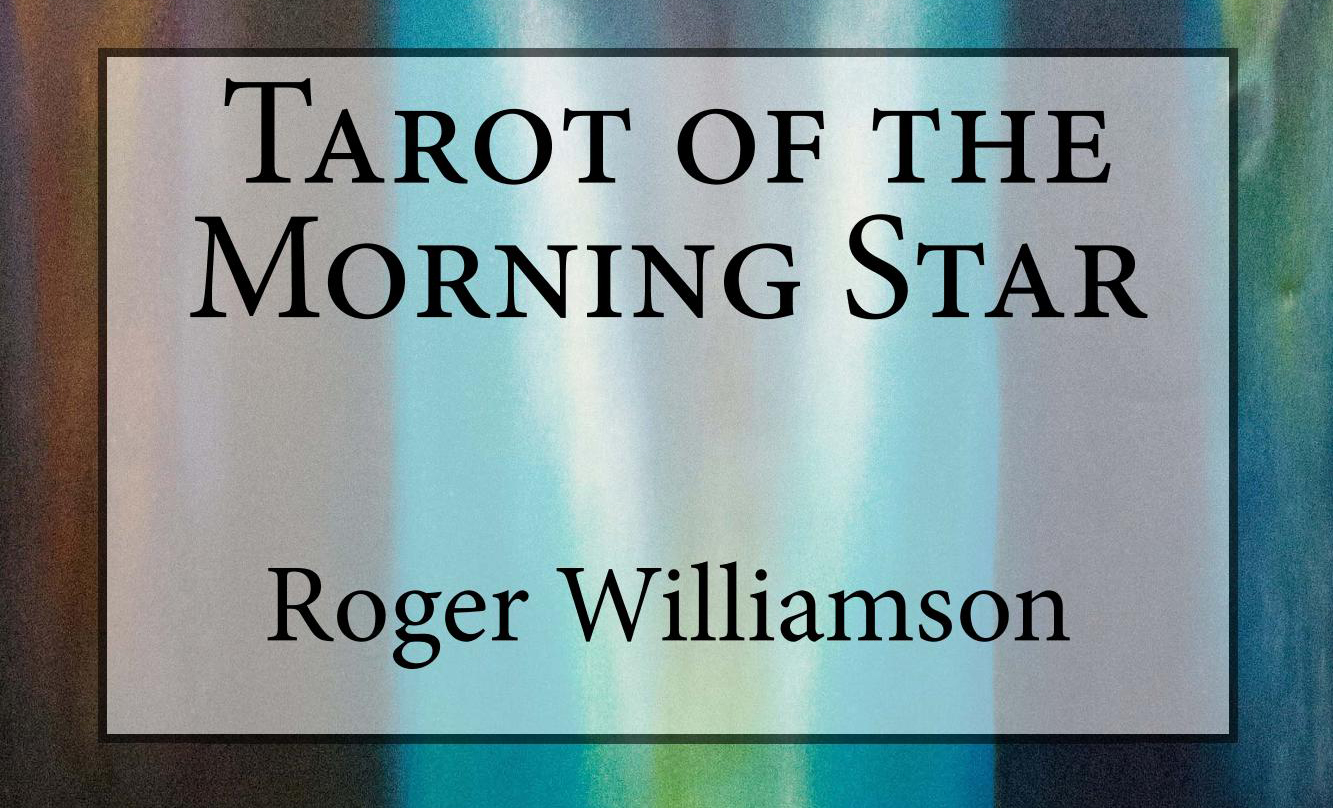 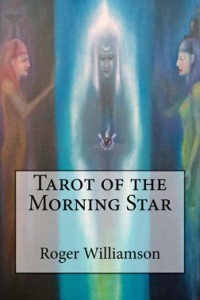 Tarot of the Morning Star includes color plates of all 22 major arcana cards and color images of alternative renditions of cards not used in the published deck.

This is the book only, no deck included.

Reviews of the first edition

Tarot of the Morning Star by Roger Williamson,  deck and booklet, Magus Meta Media 2007. A rather handsome and colorful set of the 22 Atus of the Major Arcana, mainly in an Egyptian style but with deep echoes of other primal mythologies. They are also somewhat larger than usual, emphasizing their function as talismanic icons or geometric gateways rather than mere tools for the casting of fortunes. The accompanying booklet is no mere manual, preferring that the images speak for themselves, but rather a lecture on the esoteric origins and secret uses of this treasure-house of images from the dawn of time, and the nature and history of magical consciousness.

The Tarot of the Morning Star is a small limited edition tarot of only 75 copies, created by Roger Williamson and published in the USA in 2007. His artwork is printed in a soft focus style with few hard edges, giving it an ethereality.  Williamson seems primarily inspired by the Hermetic Order of the Golden Dawn, thus many of the card designs use Egyptian forms. The ‘Morning Star’ of this tarot appears to be Lucifer, the Biblical Angel of Light, and many of the images incorporate the interweaving of light. His Fool is a portrait of Lucifer. I am not sure if Williamson would agree, but I found some of his imagery somewhat redolent of the coloured imagery William Blake printed in the margins of his poetry. He comes up with some wonderful new envisagings of the familiar arcana. One is his Hanged Man which delightfully metamorphoses into a bat. The deck comes in a solid red box with a paperback book in which he outlines how his ideas emerged out of his study and experience of the Western Magical traditions.

Solandia’s Summary: The Tarot of the Morning Star is a visual representation of the concepts artist Roger Williamson explores in his books, Howling at the Sky, Black Book of the Jackal and Lucifer Diaries. The first edition is a majors-only deck of 75 signed copies