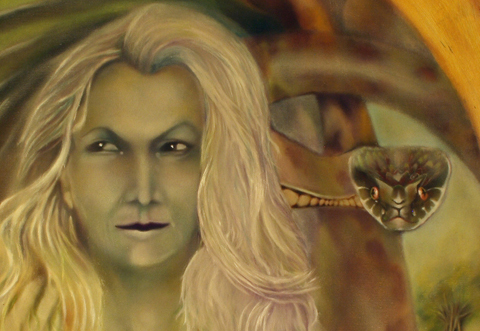 This picture is dedicated to Arthur Machen and his novel The White People.

Glain Nadredd is the Serpent Stone of Welsh mythology which were believed to be created by a coming together of snakes, normally occurring in Spring, but more auspicial on May Eve.

The stones, thought to be created from snakes saliva, were claimed to have magical qualities, much like mirrors, that would allow entry into the spirit world.

In the Mabinogion, Peredur is given a magical stone that allows him to see and kill an invisible creature called the Addanc, a water monster.

In another story, Owain, marries his love the Lady of the Fountain.  The hero becomes trapped in a castle and is given a stone by a maiden, which turns Owain invisible allowing him to escape confinement.

Invitation to the Quest