Greek Hypnos God of Sleep Greek Hypnos god of sleep son of Nyx, father of Morpheus, brother of Thanatos . Inspired by a bronze statue from the British Museum London which I first encountered in the late 1960’s early 70’s. Oil on canvas, 16 inches by 20 inches, 2015.  SOLD. Greek Hypnos, first appears in mythology in the works of one of the earliest Greek poets, Hesiod (lived around 700 BC), where he and Thanatos (Death) were the terrible sons of Nyx (Night). He was, however, generally viewed as benevolent to mankind. The god was frequently mentioned in literary sources, and […] 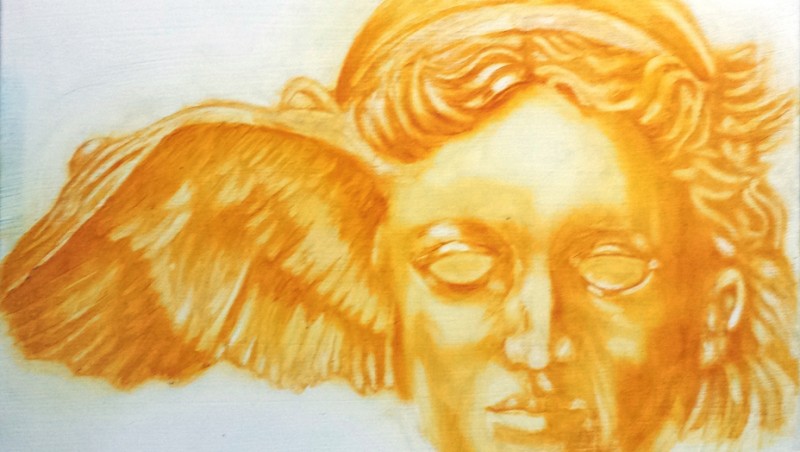