Tarot Empress In The Laughterful Caress 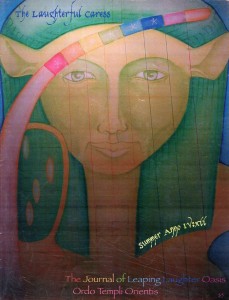 The tarot Empress created in pastel was my original version for the Empress for my Tarot of the Morning Star deck.  However, she sold almost immediately and found a new and comfortable home in the United Kingdom.

I recreated her as an oil on canvas which I feel emphasizes a darker aspect of her personality than the one represented in the pastel.

I have always felt that this pastel version really captures the cards image because of the gentleness brought to her because of the pastels softness.

Leaping Laughter Oasis OTO in Minneapolis used her image for an issue of the their magazine Laughterful Caress.