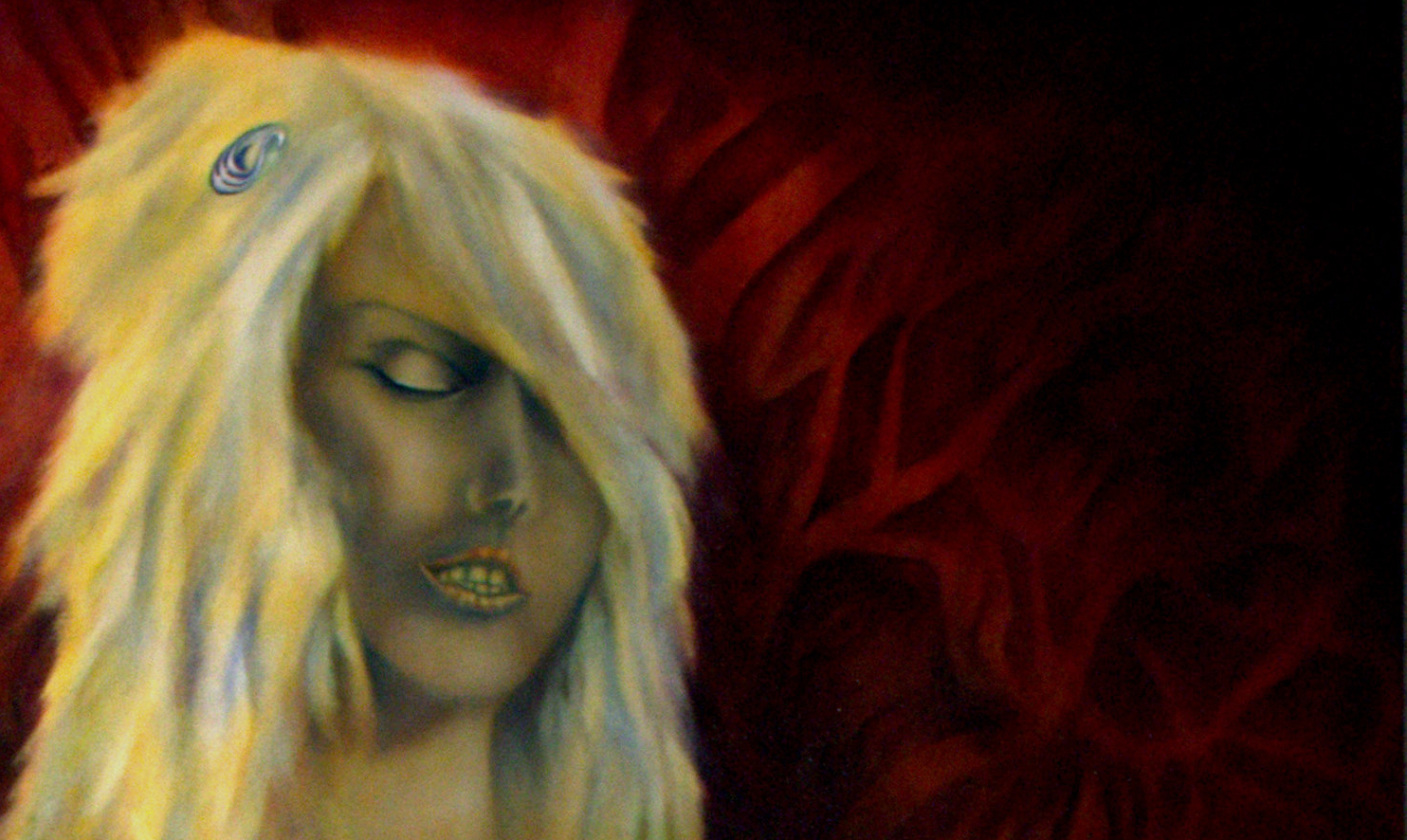 Leda as the Ancient Greek Madonna, Oil on canvas, 72 inches by 48 inches, 2012. This is an original oil painting by Roger Williamson depicting the timeless motif of woman as the focus and matrix of creativity.  The concept has its origins going back to the dawn of human civilization.

As the mother of Helen of Troy, Leda is the root of the “Time of hero’s”, the Trojan War.

Zeus in this tale is demonstrated to be a “shape shifter”, a shaman entering our dimension and reality from another.  An alien.