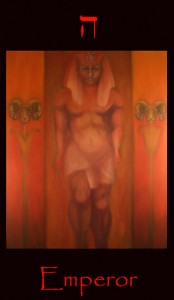 Freedom represented as major arcana card Tarot Emperor corresponding to astrological sign Aries, is Lord of both worlds, Upper and Lower Egypt, symbolized by the plants of these two regions, the lotus and the papyrus. From a metaphysical perspective these two worlds are the seen and unseen, the waking self and our subconscious represented as the conscious self and our daemon.

It is the fusion of these two principles, that bestows upon us the jewel of self empowerment allowing us to move beyond and out of our comfort zones. In the words of Hermann Hesse from his novel “Demian“¹, The bird fights its way out of the egg. The egg is the world. Who would be born must first destroy a world.

Aries is ruled by Mars a planet representing dynamic change and action. In conjunction with the Emperor see tarot Tower representing the quality and effects of Mars.

Freedom is our perceived perspective encouraging us to believe we have command over our own destiny. This is highlighted in the three decan cards the Emperor rules, Two of Fire Dominion, Three of Fire Virtue, also called Established Strength and Four of Fire Perfected Work.

For  a deeper understanding of the cards consider what is occurring in the natural world when the Sun enters Aries. Translate this astrological phenomena as a metaphor to discern its meaning regarding your question.

Emperor represents the archetypal voice behind the Two, Three and Four, of Fire. When unable to interpret the appearance of these three cards when they appear in reading let your mind fall back upon the Emperor and listen for a resolution of the conundrum. 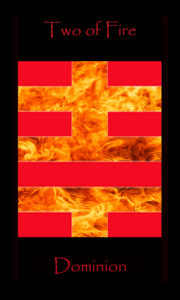 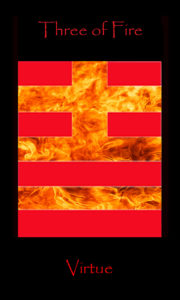 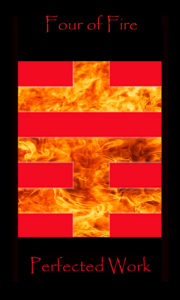