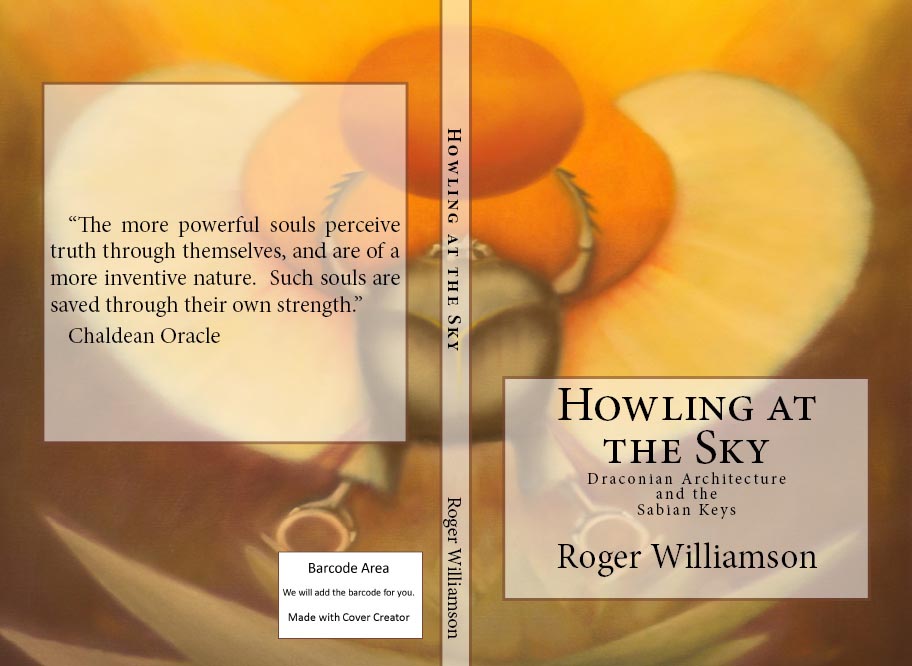 Howling at the Sky, Draconian Architecture and the Sabian Keys

Howling at the Sky, Draconian Architecture and the Sabian Keys, a handbook, grimoire, of Draconian Magick was first published in 2002 and has been long out of print.  It has been republished and  is available again.  ISBN 978-1440434143   $19.95 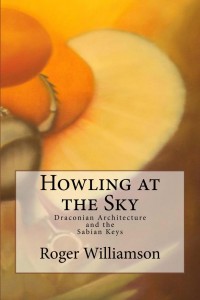 A theory and practice manual of ceremonial magic.

Using natural phenomena as symbolic representations of inner processes, we are provided a bridge to integrate ourselves back into the fabric of the universe from which we have exiled ourselves.  Once integrated, we will again be able to understand the music of the spheres and to comprehend the language of their transmissions.

Using geometric functions, that are the basis of natural growth, we open ourselves up to original states of consciousness and life situations that are unique to ourselves leading us to a reevaluation our life circumstances.

Illustrated with detailed instructions of invoking and banishing machines, guided meditations and an in depth analysis of magical technique.

The Masque and the Masked

Welcome to the Adventure Zone

Ghosts in the Machine

On the Arrival of the Machine and Its Mode of Operation

A Brief Explanation of the Machine: Its QBL and Geometric Correspondences

Angels With Burning Wings Have Knowledge of Fire: The Rite of Set

Other titles by Roger Williamson include The Sun at Night, The Black Book of the Jackal, Tarot of the Morning Star, Lucifer Diaries