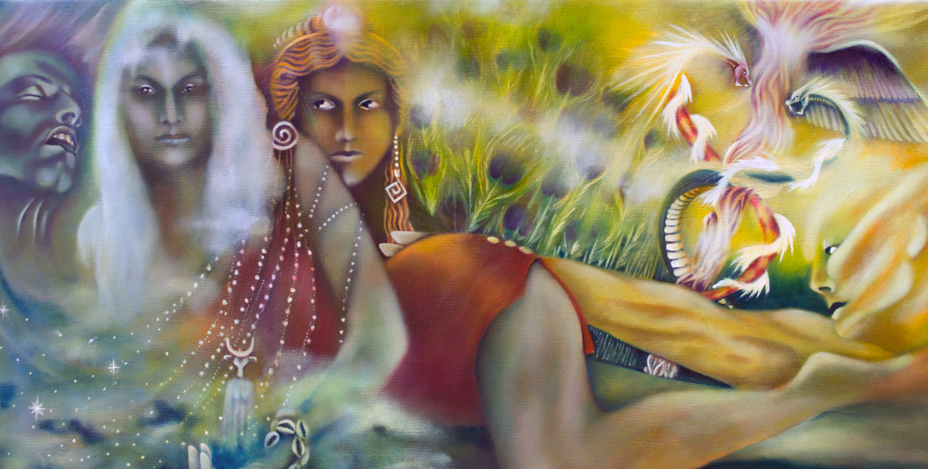 Oil painting on canvas, 24 inches by 48 inches, 2011. Zeus Io.  Io was, in Greek mythology, a priestess of Hera in Argos. Seduced by Zeus, he changed her into a heifer to escape detection. His wife Hera sent ever-watchful Argus with 100 eyes to guard her, but Hermes was sent to distract the guardian and slay him. Oil on canvas, 24 inches by 48 inches, 2011.

My objective in creating the picture was to encapsulate in a single image the mythological journey of Io and her relationship with Zeus, Hera and Hermes. I used the same formula in my rendition of the Odyssey which I began a few years before Io Tells Her Story.

The story of Io and Zeus